Home / News / The Lack of Defibrillators Within Schools

The Lack of Defibrillators Within Schools 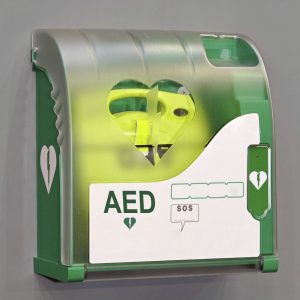 Cardiac arrests kill hundreds of thousands of people each and every year. With the majority of incidents happening outside of a hospital environment many people do not receive the prompt and professional care they require in order to recover. On average, an ambulance takes up to eight minutes to reach a victim but by this time the chances of survival have dropped significantly. This doesn’t have to be the case as the use of a defibrillator on the scene can greatly improve results. In fact, the use of a defibrillator and CPR within the first 5 minutes can improve survival rates from 6% to a staggering 74%.

Cardiac arrests are often confused with heart attacks but are a completely different disorder. Whilst a heart attack usually involves a blockage or heart disease, a cardiac arrest involves the heart losing its rhythm. Defibrillators work by sensing whether a victim is suffering from an arrest and if so will apply a controlled electric shock in order to re-establish the rhythm. The devices themselves are either completely or semi-automatic and no training is needed prior to using them.

You may be forgiven for assuming that cardiac arrests are unique to older people but this just isn’t the case. 12 people under the age of 35 die every week due to this problem and unbelievably, 270 children die every year after having a cardiac arrest at school. Although defibrillators are compulsory within many different public locations such as shopping centres and train stations, this isn’t the case within schools. In fact, it has been estimated that only 80 schools around the country have access to this life saving device.

The charity group SADS are campaigning for the passing of a law that would mean it would be compulsory for every school to have access to a defibrillator. Although this idea is supported by many MPs it is still yet to pass into law. With this in mind, campaigners are educating school officials and parents alike in the hope that they will make the decision to purchase a defibrillator for their school. The device itself costs £1,500 which pales into the comparison when compared with similar medical equipment and is a small price to pay when considering the potential benefits.

Easy to use and relatively cheap, it is likely that defibrillators will be available in all public places in the future. After all, it is said that nobody should be more than two minutes away from one of these devices at any one time.