RIDDOR – Reporting of Accidents and Incidents 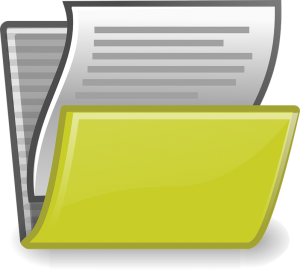 Accidents within the workplace happen each and every day. This is to be expected, especially when we think of working environments with machinery or hazardous chemicals. However, the truth of the matter is that accidents can happen in any workplace, from building sites to offices and schools. Although this may be the case, many people fail to report these incidents to the HSE (Health and Safety Executive). A reason behind this could be the complexity of the Reporting of Injuries, Diseases and Dangerous Occurrences Regulations (RIDDOR) which were put in place in 1995. According to RIDDOR, not all accidents need to be reported and this could be a source of confusion as to what constitutes as a reportable incident.

You could be forgiven for thinking that RIDDOR only affects employees but this isn’t the case. Anyone within the workplace who is injured as a direct result of that environment is reportable. This includes employees, self-employed individuals and members of the public, e.g. customers, service users etc.

Although it is not necessary to report every incident or injury, it is recommended that all are recorded. This is an incredibly useful practice and can make it much easier to establish a timeline of events.

What should be reported?

Differentiating between what should and shouldn’t be reported can be tricky but it is necessary for compliance with RIDDOR.

Deaths of workers and non-workers which were directly caused by a work-related accidents should be reported. It should be noted that this doesn’t include suicide.

In terms of injuries, there is a complete list of ‘specified injuries’, all of which are reportable. These include fractures (other than digits), serious burns, loss of consciousness, amputations, scalping which requires hospital treatment, injuries which are likely to cause permanent loss of sight, injuries which cause damage to organs and incidents which lead to hypothermia or heat related illnesses.

Specific accidents should be reported if they lead to the incapacitation of a worker or self-employed individual for a number of consecutive days. For example, if an employee is unable to attend work for seven consecutive days due to an injury gained within the workplace, this should be reported. It should be noted that the day of the incident doesn’t count but weekends and rest days do.

If an employee is absent from work for three consecutive days, due to an injury gained within the workplace, this doesn’t have to be reported but it does have to be recorded. In accordance with the 1979 Social Security Regulations, an accident book should be kept for this reason.

Occupational diseases are those which are likely to have been caused by exposure to the workplace environment or activities completed within the workplace. Workers and self-employed individuals should report such diseases if they have been directly caused by their workplace. Ailments within this category include, asthma, hand arm vibration syndrome, carpel tunnel syndrome, dermatitis, cramp, tendonitis and cancer.

Specific dangerous occurrences should be reported to the HSE, even if these incidents don’t lead to injury. Just some examples of the type of incidents in question include, the release of dangerous substances, the collapse of load bearing parts and equipment hitting power lines, as well as others.

Those that work with flammable gas, whether suppliers, distributers or fitters, are required to report any accidents involving gas. These can include death, a loss of consciousness and injuries which required treatment within a hospital.

Members of the public within the workplace can include customers, service users, students or even just passers-by. Accidents involving non-workers should be reported if it leads to them being taken straight to the hospital for treatment

Further information on RIDDOR can be found online.